To support economic development in Aden and promote trade, the Hayel Saeed Anam Group (HSA) established Aden Gulf Maritime Company Limited in 2004 and built the Aden Gulf Terminal (AGT).  This is a 303m long jetty, 28m wide, with berths on the north and south sides. Berth 1 on the north side has an alongside depth of 14.0m at chart datum (zero tide) and berth 2 on the south side a depth of 12.0m.  38m from the western end of the jetty is a dolphin to carry mooring lines from the ships using either berth.

The group is the first commercial house to establish a private berth in Yemen in recent years. The berth has increased the capacity of the Port of Aden to accommodate Panamax-size bulk carriers, able to carry around 80,000 MT of bulk cargo, in particular wheat, for the grain silos and flour mill that are connected to the AGT.

The berth was designed and constructed in accordance with international standards and the AGT received the first ship in March 2006.

The berth is located to the west of the Ma'alla wharf on the south side of Aden inner harbour, adjacent to the RoRo berth.  An important advantage for the AGT is its location on the edge of the 15.0m deep turning area south of the Aden Container Terminal, which facilitates the entry, departure and turning of ships using the AGT.

As well as providing berths for larger bulk vessels, the AGT provides additional quay space for the Port of Aden that helps to reduce congestion when the Ma'alla wharf berths are full.  This can reduce the waiting time and demurrage charges for ships.

The AGT is equipped with a high capacity automatic unloader carried on rails that feeds bulk grain to a conveyor system installed below the deck of the jetty.  This unloads grain at a rate of 800 MT/hour and sends it directly to the adjacent silos. The terminal can also handle other types of cargo, such as imports of coal, clinker and pipeline materials. Cargo handling is carried out by AGT staff. 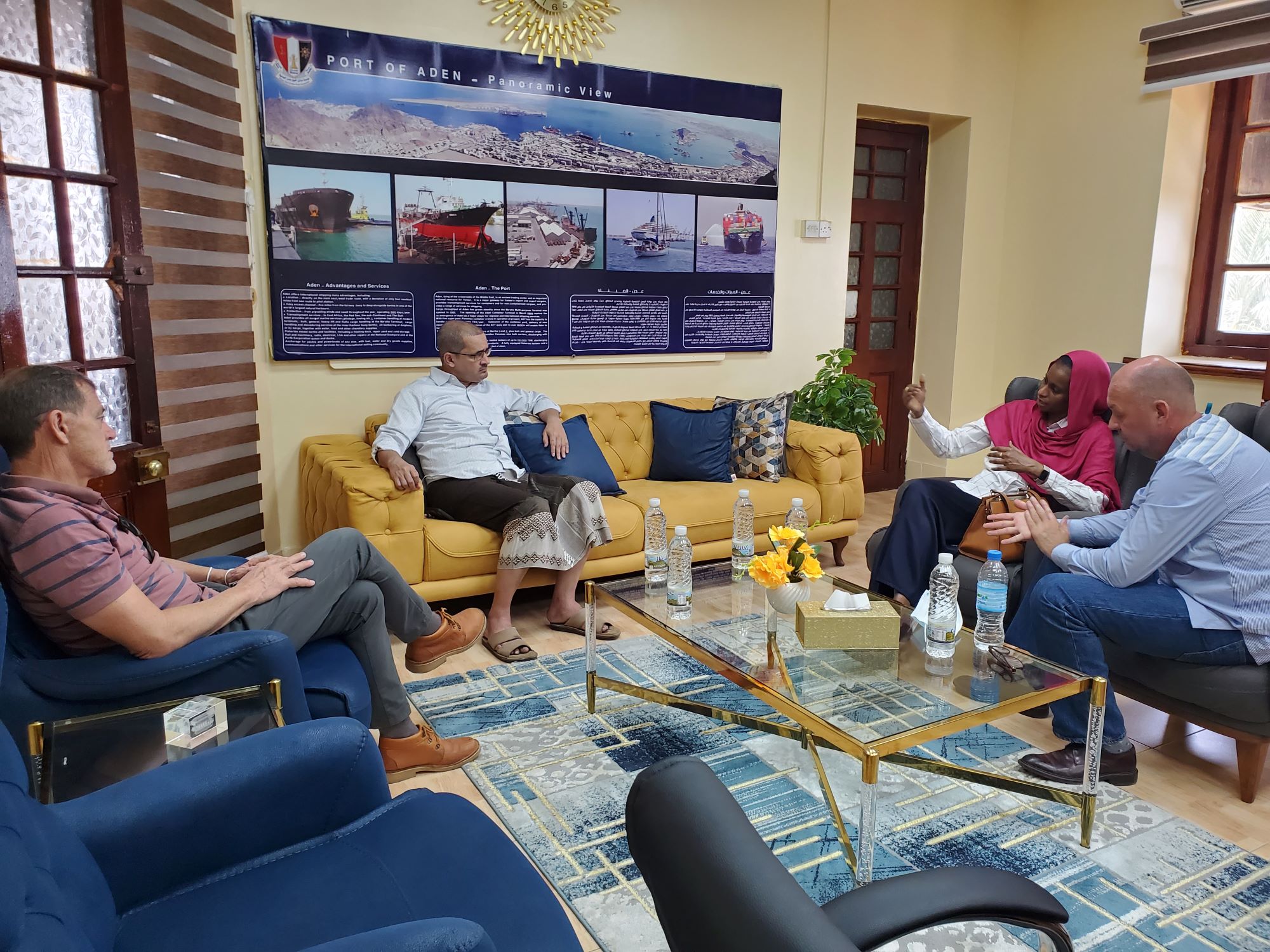 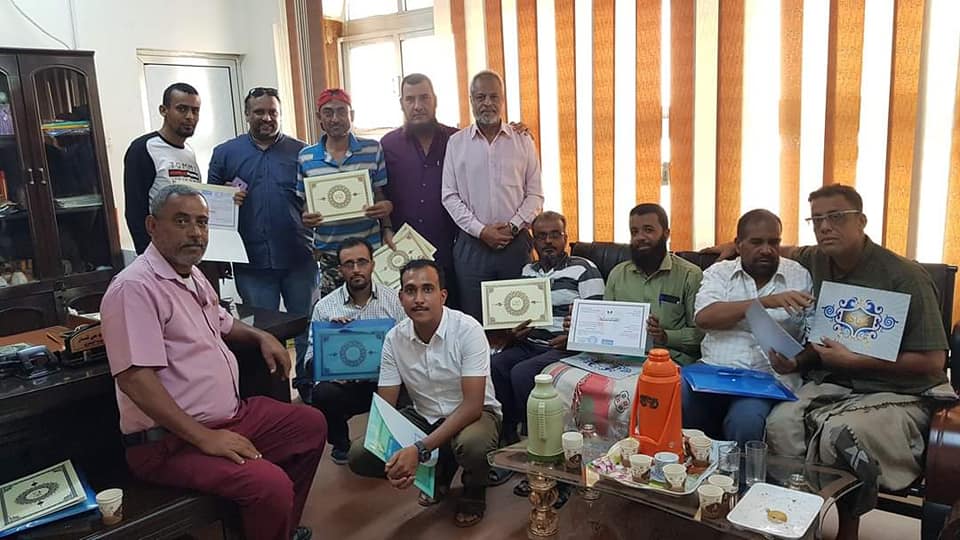 Completion of a specialized training course in the field of firefighting

Under the patronage of Dr. Mohammad Alawi Amzrabah, the Executive Chairman of YGAPC , a specialized training course in the field o ...

A delegation from the Port of Aden visits the marine simulators of the Arab Academy for Science, Technology and Maritime Transport

The leadership of YGAPC, represented by Dr. Mohammad Alawi Amzerba, seeks to continuously rehabilitate and develop the capabilitie ...