The Dutch ambassador in Yemen.. I am impressed by the port's performance despite the difficult conditions in which it operates

The Dutch Ambassador to Yemen, Mr. Peter Derek, praised the port's performance in securing shipping activity and handling goods despite the great difficulties that Yemen is experiencing as a result of the war. He went on saying that the Dutch government is interested in the port's activity and is seeking through official and diplomatic frameworks, to implement a financial deposit project for marine insurance companies in order to reduce war risk insurance, which will reflect positively on Yemen's economic activity. It is worth mentioning that the Dutch government had funded the visit of Dutch experts to assess seaports through the United Nations Development Program.

For his part, the Executive Chairman of the Corporation, Dr. Muhammad Alawi Amzerba, drew the ambassador's attention to the historical relationship between the port of Aden and the Dutch government during the past thirty years, as the Dutch government financed the purchase of four marine tugs that are still in service so far. He also clarified the reasons for the port's success in its outstanding performance compared to the years before the war, stressing that the chances of achieving further growth are possible if the marine insurance for war risks for visiting ships was reduced, and the port's ability to attract direct cargo ships was enhanced and the inspection was carried out to grant entry permits to ships in the port of Aden. His Excellency Ambassador Peter visited the port of Ma'alla and was briefed on the damage that occurred to the two most important warehouses in the port, and then visited the control building in Ras Marbat area, and then the technical workshop of the Corporation, where he boarded a boat manufactured by the Dutch company Damen Shipyard to take a cruise in the port with acompanied by Eng. / Abdulrab Jaber Al-Khulaqi, the Deputy Executive Chairman of YGAPC. 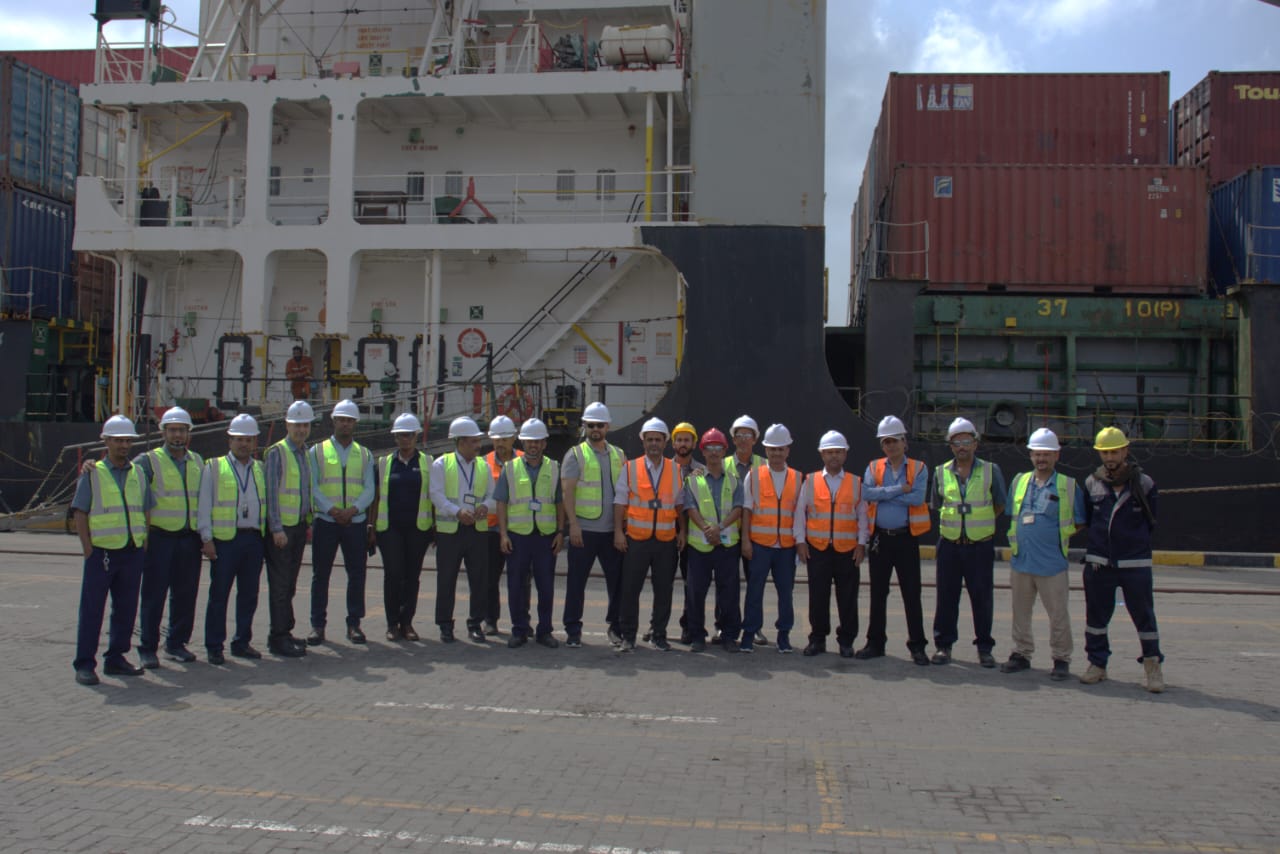 On September 18th and 21st, the UNODC completed training for 63 port personnel from the Aden Container Terminal on “Conducti ...