The Governor of Aden, His Excellency the Minister of State, Mr. Ahmed Hamed Lamlas, visited the tourist pier in At-Tawahi district, and he was received by Dr. Muhammad Alawi Amzerba, the Executive Chairman of the Board of Directors of YGAPC, and Mr. Mohsen Al-Hattas, advisor of the Chairman of the Corporation. The berth building was completely reconstructed at the expense of Hayel Saeed Anam Group, after it was completely destroyed as a result of the Houthi invasion of the capital, Aden, in 2015.
Lamlas listened to a detailed explanation about the stages of construction implementation, which took into account the technical specifications according to standards that ensure the preservation of the historical value of the building.
During the visit, the governor inspected the archaeological cannons of Sira Castle, which were recovered by the technical teams of the Corporation from the bottom of the sea, after it sank several years ago after continuous searches.
At the conclusion of the visit, the governor of the capital expressed his thanks and appreciation to Hayel Saeed Anam Trading Group for its great role in rebuilding the historic tourist pier building, which is one of the most important historical monuments in the city of Aden. 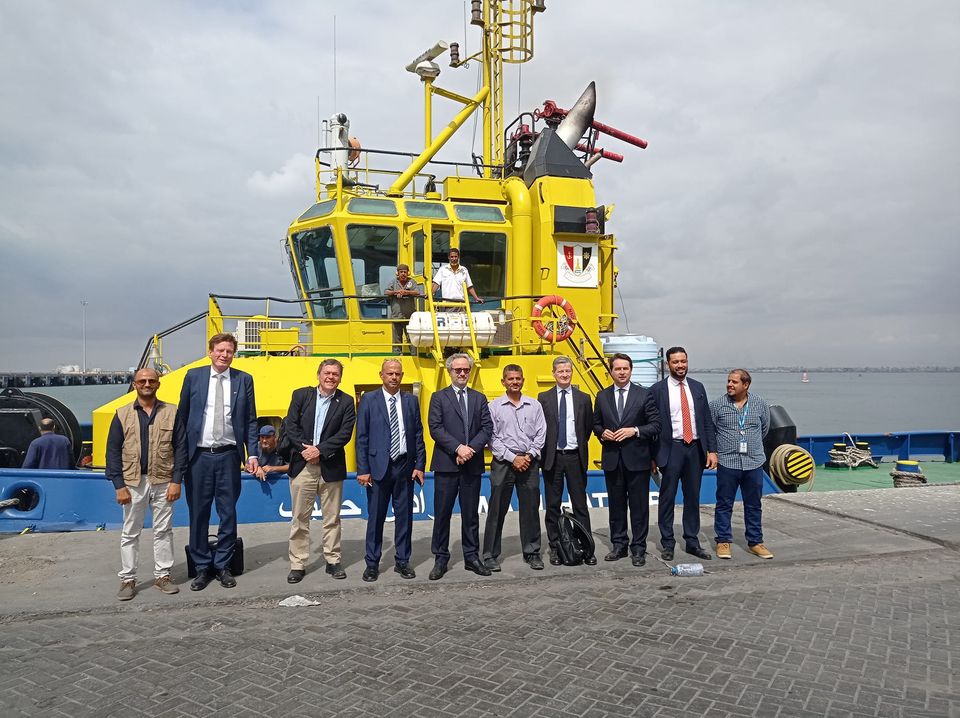